In the last several years, the market has been flooded with many so-called “solar generators”.  They are basically tiny, portable solar systems and are often touted as your key to energy independence or security. But do the facts bear out these claims? Are “solar generators” ever useful for anything?  In other words, are they trash…or a treasure? 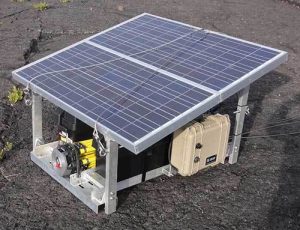 In this article I’ll help you determine if a solar generator is for you and make sure you are getting your money’s worth.

What Do You Need Solar Power For Anyway?

The first step is to determine what your goals are for this power system. Are you needing it to power your entire home indefinitely while maintaining a normal lifestyle?  Or are you just wanting to charge your cell phone and power a light or two during camping trips or short emergency blackouts?

If the first option describes you, then you are MUCH better off sticking with a conventional solar system (as the numbers below prove).  And if the second option sounds like you, then a portable “solar generator” is definitely the way to go.  But the folks who are most likely to get confused are those who find themselves in the gray area in between these two extremes.  You are who I am really writing this article for.  You’ll need to ask some questions in order to find the best fit for you:

How much power will you need?  First off, don’t go by a “solar generator” company’s description of what you can power with their system.  You really should do the simple calculations yourself so you know what can be powered with the unit. 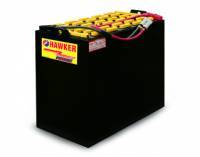 One would think that you could just look for a system with a battery that holds at least 103 watt hours, but it isn’t that simple.  Depending on the type of battery, you may not want to discharge it all the way.  This is especially true with lead acid batteries, but holds true with many other types to a lesser extent.  For deep cycle lead acid batteries being used continuously, discharging no more than 50% is a good idea.  If this will only be used during short emergencies, then discharging all the way down to 30% could be acceptable.

So if you decided to discharge to 50%, that means you will only be able to access half of the battery’s capacity, which means your battery would need to be twice as large.  So now we are up to 206 watt hours.  If the battery type is such that complete discharge is acceptable, then you can skip this step.

Having enough battery capacity to last one day is great, but what happens after that?  The theory is that your solar panel(s) charge the battery each day, but this is only going to happen if the solar system is appropriately sized and the weather cooperates (i.e. the sun shines).  Ideally, you would like to have enough battery capacity to get you through cloudy days, but with a portable micro system such as what we are discussing here, this is probably not going to be so feasible.

But it is important to have at least a couple days worth of power stored in your batteries, and more like 3-5 days would be recommended if you want to have a fairly reliable power system for longer periods of time.  For our example, we’ll go with 3 days of battery power which would be at least 618 watt hours (206 watt hours X 3 days).

The final step involves solar.  I mentioned earlier having enough solar power to charge your batteries.  Determining how much solar power it will take is a more involved process than I’m able to teach in this short article, but since we are discussing very small portable systems and brevity is important, I’ll give you a greatly simplified version.  It is for the sake of giving you a way to compare two systems ONLY!

Check out this map and determine how many peak sun hours you can expect each day on average.  Bear in mind that during the summer, you may get more and during the winter you will likely get less.  So play it conservative if you want a more reliable system (the lower the number of peak sun hours you figure on, the more conservative you are, since you are planning on receiving less sun).  For our example, we’ll say 4.2 hours.

Now we’ll take our daily power usage (103 watt hours) and divide that by the number of peak sun hours (4.2) which equals 25 watts of solar required.  But please realize that there are numerous inefficiencies at play here (for instance, the solar panels seldom put out their full rated power output), so I would tack on an extra 25% or more to this number.  In the current example, since we are dealing with a very small system, I would bump it up to 50 watts of solar, but when dealing with larger systems, such a large increase may not be warranted.

Once again, please don’t use this rough method of sizing for any larger or home-sized off grid system.  It is just a quick and dirty way to get you in the ballpark for a small backup system.

So now you know what it would take to power a few lite loads for a few hours.  What if you are needing something more substantial that you could actually live with for a period of time.  Well, I think it’s important to do a reality check before you get sucked into a rather unpromising “deal”.  You see, while “solar generators” do have a place, especially for someone needing portability or needing only a tiny amount of power, they are often a really bad investment when your needs are larger.  You’ll likely need to step up to something more sizable (and expensive) and will end up flushing all the money you spent on a “solar generator” down the drain.

Recently a friend contacted me asking my opinion of a portable solar system she was considering.  So I did a simple comparison of the specs for her prospective portable system versus what it would cost to replace my stationary off grid power system.  Here we go:

So you may be wondering much much extra it would cost to go with my far superior stationary system over the portable one, right?  Would it surprise you to know that the cost of the core components for my system listed above is actually LESS than the cost of the portable system?  The portable system costs over $9,000 dollars with shipping.  Last time I checked, the core components of my system listed above come up to around $7,000 plus misc. items like wiring, breakers, solar panel mounts, DC disconnect, etc.  So even if we tack on another $1,000 or $1,500 for all that, the cost is still less.

Did you notice the huge disparity in solar system size, inverter, and battery bank?  Our power system is WAY larger and better quality in almost every way, but it costs less than the portable system!  The two advantages of the portable system are that it is already assembled and it is portable.  But the size would be very inadequate for doing much beyond running a few things like a computer and some lights.

So really, it depends on your specific requirements.  If you need something that can easily be moved or you just need emergency backup power for a few small loads, then you may be better off with a small “solar generator”.  But if you are looking for something substantial that will actually power a home, do yourself a big favor and set up a REAL power system.  You are almost always going to pay way more and receive way less when you go with a power system that is pre-assembled and portable.