This is the story of a pandemic that many in our history would like to forget. But it contains a lesson that we must take to heart today. 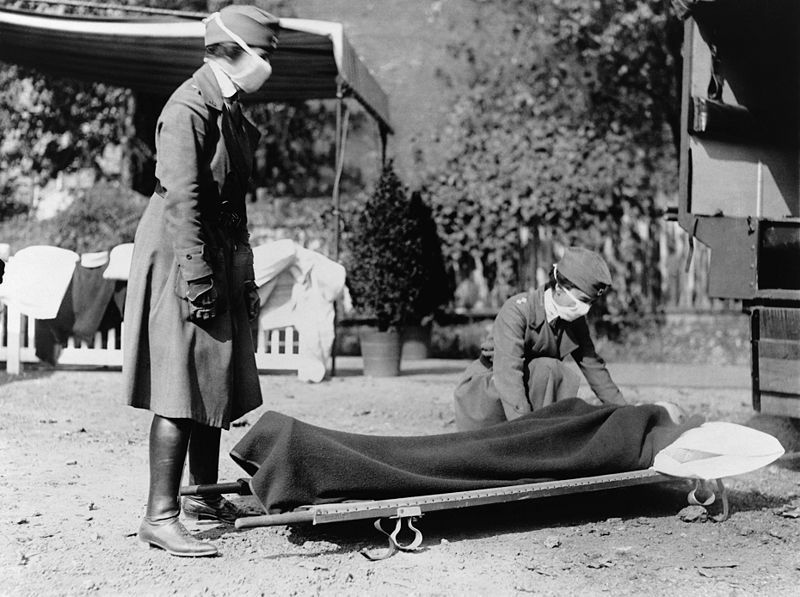 Working from his waking moment at 5:30 in the morning Dr. Roy continued steady till 9:30 in the evening. Still death was claiming a hundred soldiers every day that passed. Young, healthy, robust soldiers woke up the morning in perfect health and by nightfall they breathed their last! In his own words he writes: “It is horrible. One can stand it to see one, two or twenty men die, but to see these poor [soldiers] dropping like flies sort of gets on your nerves.”

It created a sense of panic, “We have lost an outrageous number of nurses and doctors... It takes special trains to carry away the dead. For several days there were no coffins and the bodies piled up something fierce, we used to go down to the morgue (which is just back of my ward) and look at the boys laid out in long rows. It beats any sight they ever had in France after a battle. An extra long barracks has been vacated for the use of the morgue, and it would make any man sit up and take notice to walk down the long lines of dead soldiers all dressed up and laid out in double rows.”

And it wasn't just Soldiers...

This was true not only of the soldiers, but also civilians. The epidemic killed, at a very, very conservative estimate, 550,000 Americans in 10 months. That’s more Americans than died in combat in all the wars of this century. The epidemic killed at least 30 million in the world, with some estimates putting the number at 130,000,000.

Anna remembers sitting on her front step one day. She recounts, “diagonally across from us a fifteen-year-old girl was just buried. Toward evening, we heard a lot of screaming going on. In that same house, a little eighteen-month-old baby passed away.” That month, September 1918, 12,000 Americans died of influenza. October it was 159,000 reported dead.

Anna continues her story. “In October, we were all sick. We had headaches, pains in the legs, the stomach, vomiting and everything. We were all sleeping close to one another because we only had two beds in the one room. Harry couldn’t stay with us because he was too sick. I was like a second mother to Harry. Harry was always close to me, so when he was very sick he kept calling me all the time and I was always beside him. 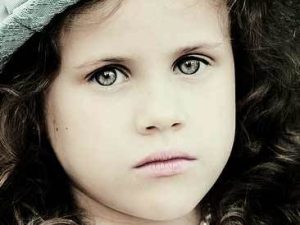 "This is where my life changes" read a caption on a picture of a little girl named Stormer. She was only 3 and in the arms of a nurse after her parents had both passed away. She recalls, "(Mother) died first, and they didn't tell [Dad]," she said, "he died a couple hours later." Source

One magazine commented, "Our country at this time is passing through one of the most widespread and devastating pandemics that it has ever experienced. Gruesome accounts are given on every hand of cemeteries strewn with occupied coffins awaiting diggers to inter them; undertakers with dozens of bodies awaiting caskets; morgues taxed to their capacity, and additional buildings and even tents requisitioned for the overflow."

“Among the living many are dying unattended by physician or nurse. The scarcity of doctors and nurses occasioned by the war has made adequate help to the suffering impossible. Every practical nurse and every other person that could at all minister to the sick has been called into service, and still there is not enough help."

"Some, however, have been so fearful of contracting the disease that they have refrained from offering assistance to the distressed until the disease actually invaded their own families, while others have exceeded their strength in ministry to the sick."

"In such experiences as we are passing through, barriers, social and professional, are being broken down. What a sick person or the family of a sick member wants is some one that can and will do something for them. It matters not whether the helper be white or black, Christian or heathen, rich or poor. The doctor and the nurse no longer hold the pre-eminence they have held heretofore. The practical nurse or any one who can do things is in demand." Review & Herald, Oct 31, 1918, pg 16

Are we prepared to face another epidemic? There is a lot of controversy about whether we may face another crisis. If we did, how would modern America fare? In 1918 nothing seemed to work. Even the vaccines didn't seem to phase the deadly disease. The Surgeon General was desperate as he faced the math of a disappearing mankind. Everyone felt helpless.

Yet there was one small glimmer of hope for a population that faced death. In isolated locations were individuals who had tapped into the lost art of natural remedies. They used a simple treatment know as Hydrotherapy. These simple water treatments were saving the lives of people whom the doctors deemed incurable. The simple water treatment produced tremendous results. So wouldn't you say that it's time to learn?! Click here for details on the history and how this treatment was done.

Lemon Oil - Swiss Army Knife Of Oils
Oregano - The Herb For This Season
Non-Toxic Cleaners for a Healthy Homestead
How We Use Charcoal At Our Homestead
Smoked Out? Here's My #1 Favorite Off Grid Air Purifier